“We want this to be a true experiment,” said Rob Lister, CFO of IMAX, back in January 2017 when the first ever IMAX VR center opened in Los Angeles. It marked an attempt for IMAX to remain a relevant cinema player in a world where immersive entertainment was starting to gain some traction. The theory behind the model was simple: attract young audiences with VR to the traditional movie theatre and gain a new source of revenue.

Two years and ten locations later, IMAX announced that it was bringing an end to its virtual reality business by closing all its remaining locations and writing off its VR content holdings, a clear indication that its initial pilot failed.

When IMAX initially announced in 2016 that it was investing millions of dollars in VR and opening multiple VR centers, it was exciting for the virtual reality community. Indeed, until then, the location-based VR and the commercial success of virtual reality as a new form of mass entertainment was still in doubt. 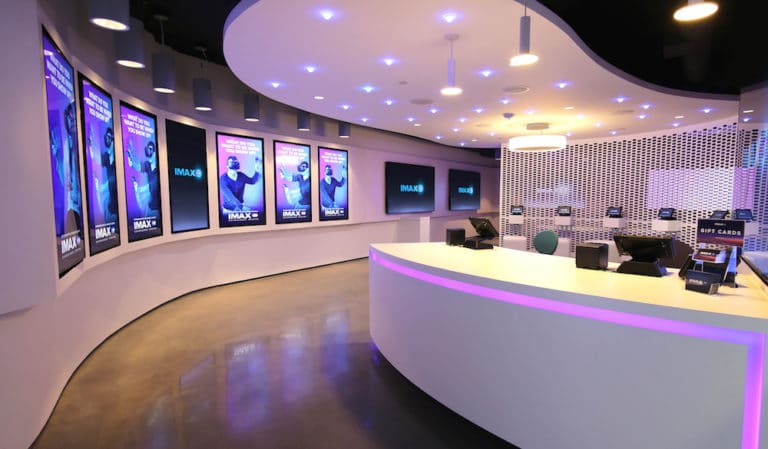 Up until now, IMAX has always been synonymous with innovation and commercial success in the cinema entertainment industry. When such a respected and influential player started investing heavily in a new technology, everyone paid attention.

Unfortunately, after being in operation for little less than two years, it became apparent that things weren’t working out as planned. CEO Richard Gelfond first hinted at some difficulties during his Q1 2018 earnings call: “The consumer reaction was extremely positive, but the numbers just weren’t there,” and he went on to say that ‘’only one out of the seven centers open at the time was meeting the company’s financial expectations.” A few months later, it was announced that all remaining centers were to be closed.

Two questions beg to be asked: What happened? What could the rest of the industry learn about this experience?

The initial plan was to offer original content to its locations equipped with latest and greatest premium VR hardware available and simply copy the ticket sales of the traditional cinema business. For this effort, the company had set aside $50M to produce premium VR content and was planning to sell the short experiences (shorter than 20 minutes, usually closer to 10 minutes) for the same price as a standard film ticket.

The assumption that people would pay an absolute premium to consume exclusive VR content was never validated. There simply wasn’t enough content available to appeal to a wide public and one of the key elements of the IMAX VR’s experience was missing: the high-end StarVR headset. Originally, it was promised that the StarVR headset would deliver IMAX visuals by offering a significantly wider field of view at a higher resolution than any other headsets on the market at the time, but due to R&D and production delays, it failed to come to market on time.

At that point, it was decided to pivot and transform the centers into premium arcade establishments offering the same generic VR games and experiences as other any other centers on the market. This new business model, centered around the VR arcade, immediately started to show two weaknesses.

StarVR announced in early December 2018 to be "on hold" due to uncertainties with a key shareholder.
Virtual reality business remains stuck in its early stages for now and badly needs a 'jump-start.'

First off, IMAX was selling video game sessions as if they were movies with specific showtime. Dedicated games per were sold per time-slot and at prices similar to movies. It not only limited the experiences people could have but also it ended up being very expensive. In their Los Angeles location, people ended up paying $13.50 to play 10 minutes of Beat Saber. That works out to $81 per hour, which is 250% above the typical price of other VR arcades in LA—well above market prices.

The second major weakness was that centers were initially designed around the single user’s experiences, with single users’ playing space, and that drastically limited the ability of groups and multiple individuals to share joint experiences. In a world where everything is social, offering such experiences counters what the public wants.

No cinema at a cinema

Finally, IMAX never used its unique chance to exhibit noteworthy VR content like Pearl, Henry, Alumette, Tide’s Fall, Crow, Asteroid or any of the spectacular animated and sometimes interactive experiences that would serve broad audience. The same goes for cinematic experiences like Spheres, Dinner Party, Isle of Dogs, Alteration, and I, Philip.

Despite the IMAX failure, other entertainment companies are investing in bricks and mortar for VR experiences. Disney-backed The Void will grow to 17 locations with VR experiences featuring Star Wars. Comcast is opened a VR experience based on the Terminator franchise in a large California mall.

Dreamscape, which opened at the end of 2018 in Los Angeles, has plans to open in four other locations across the U.S., is a VR venture that combines cinema with theme park thrills. 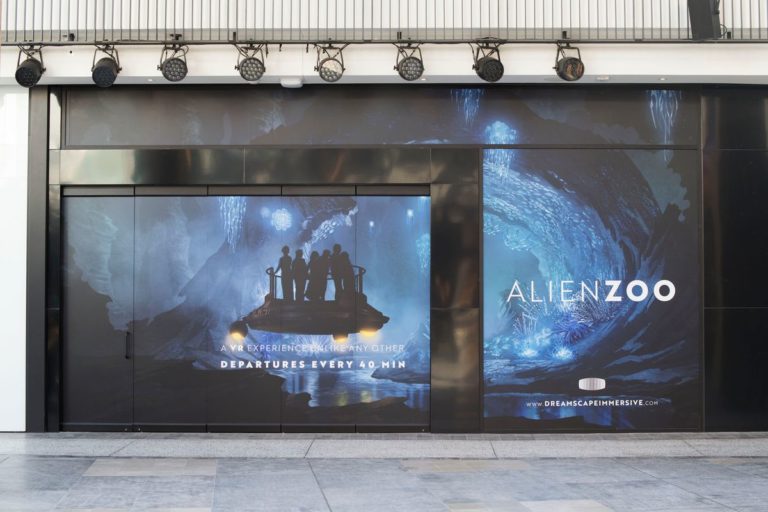 While it still follows the movie showtime format, players are outfitted with an Oculus headset, backpack and sensors for hands and shoes. For $20 a person can play one of three immersive adventures with up to five friends for 30 minutes, meaning the lessons of IMAX first foray into location-based VR entertainment have not been lost. Examining the backers behind Dreamscape Immersive are of several top Hollywood entities: Fox, Warner Brothers, AMC—and surprise, IMAX.