Loren Hammonds: “Create A Story With The Matching Immersive Medium”

In today’s podcast, we’re featuring Loren Hammonds, Senior Programmer at Tribeca Film Festival in New York City and the man in charge of feature-films and immersive. Tribeca Film Festival was founded by Robert De Niro and Jane Rosenthal in direct response to the events on 9/11 to revitalize the community. Immersive is a significant part of the festival that is growing exponentially every year. In this episode, we’ll talk about the evolution beyond film at Tribeca, how Loren is following up artists and why sustenance is essential to artists.

Loren:                        Sure. So my name’s Loren Hammons. I’m senior programmer at Tribeca Film Festival in New York City. I am in charge of feature films and immersive, so immersive is a very important part of our festival but it’s kind of grown beyond just VR to encompass every ar that there is. So thanks to Cannes XR for for having us here this year again.

Justine:                      Well, it’s really cool. I think, each festival has one area or several areas that they add a certain kind of expertise to. I know like at SXSW, by having interactive, they really, you have the opportunity to delve into the other technologies and, and look at it from that perspective as long as well as see the film festival, Cannes has a very cinematic focus. Tell us a little more about Tribeca. What makes it special?

Loren:                        Well with Tribeca, we started in 2002 as a direct response to the events of 9/11. And the idea that our founders had, our founders are Jane Rosenthal and Robert De Niro. I was going to say, the idea that they had was, really the fact that art can help to heal and they were looking at a way to revitalize the community and a film festival seemed like a really a great opportunity to do so. Since then, we’ve definitely evolved from just being a film festival to being more of what I like to think of as a storytelling festival. And we’d like to celebrate storytellers no matter what the medium they’re using. So, we’ve evolved beyond film. We have a section called a Tribeca now, which is for new online work. We have Tribeca TV we have a lot of talks like storytellers in our directors series. And then of course the immersive section a which has grown exponentially over the past five years.

Loren:                        Yeah, absolutely. We also have three years ago we introduced a section called Tribeca X, and that was to celebrate branded a storytelling. So, I think that that we were recognizing that the filmmakers that were working in the branded space, we’re doing much more than just advertisements and they were creating art that could, that was being funded by brands. So we wanted to be able to celebrate them as well, and also introduce a new group to our festival. And those are the people from the agencies and from different corporations that are looking for ways to connect with consumers that aren’t traditional ads. And I think that it’s, it’s we’ve seen some really amazing work. You know, we had the winter this year of the short was called the face distracted driving. It was by AT&T, but it was directed by Arrow Morris. So when you have Arrow Morris working in branded content, it’s not too shabby, I’d say.

Justine:                      it’s good because, makers do have the right to earn a living and they do have a, and it’s a good place where you’re paying to improve your artistry and your craftsmanship.

Loren:                        It is a tough industry and sustenance is important to artists. And I think, everyone would agree that you don’t have to sell your soul in order to make this work. I think when you look at, you know alters like Spike Jones and spike Lee and other people not named spike, you still you see some really excellent work in the, in the field. So

Loren:                        Yeah, so, I travel quite a bit to different festivals, to visit creators, to different studios, to just see the work that I can identify as. It’s, as it’s being made. Um, and primarily, again, it goes back to story. It goes back to what is the core of this work? Um, the core kind of storytelling principles of the work. And can it only be told in VR if we’re talking about VR or is this the best medium for it to be told in if we’re talking about AR or, immersive audio. I think that that’s most important to, to just recognize that creators are coming up with, with stories and concepts and they need to be married to mediums and not everything works. Works as a film and not everything works as traditional VR or as 360. So it’s really kind of recognizing those, what the marriage of the content and the performance.

Justine:                      First you have to make sure that the story matches the medium. How much attention to you pay to how much of the work is completed. Are you okay with snippets or,

Loren:                        yeah, no, I’m, I’m fine with, I’m very used to, to, watching works in progress and kind of tracking projects from the beginning. So there, there have been projects that I’ve seen mood boards and snippets or 360 sketches or animatics. Um, and if I really trust the storyteller, I’ll give it a shot and track that project until it’s the last possible moment. It’s like, okay, now you have to show me something too to see if we can finalize this. But yeah, I mean our doors are open in terms of submissions. We opened submissions, the end of August, beginning of September. We keep them open through December and usually we lock our program in around February for the festival in April.

Loren:                        Yeah. I’ve seen some amazing work, obviously. I mean I’m, I’m very excited to have brought some of our pieces here to con like Armonia, pieces that were, that were showcased at Tribeca and I are not yet, they haven’t had their international premiere yet, so this is a good opportunity for people to get a bit of a sneak preview of some of the work. Last night I saw a piece called alone which from Mathias Sjoberg who is a Tribeca alum and he did it with Orange and it’s a really beautiful narrative sci-fi piece that also hasn’t come out yet. So I was like, okay, I guess get some sneak peeks while I’m here. Um, but really I think in terms of the canned next, our track, what I’m enjoying most is the sense of community and the fact that people are here to network and people are here to talk about their projects and pitch. I think what René Pinnell and Kaleidoscope are doing is fantastic. Yes. And giving us, particularly as a curator, giving us opportunities to see things. I’m very early and to, connect with these creators and potentially give them a platform to launch in the coming years or months. Well, as somebody that has, a front row seat here at Cannes XR. I’ve been delighted to see that despite your split hats that you’ve been quite here at the XR section quite a bit. Yes. And d I have seen some great films too though, of course. Yes, there’s such a sense of community in the XR community is very tight knit.

Loren:                        Yeah. No, it’s, it’s fantastic. You know, we see each other and, and can we see each other in Venice and Geneva and Tribeca and Sundance. It’s, it’s great. Um, so it, that is, is awesome. And I, it also allows you to check in every few months to make sure that projects are on track. No, I mean it’s, it’s interesting because as soon as our festival is over we run, usually from April to May. Um, I start again. So here I am in con having conversations with creators that are potentially going to be ready for us again in April. So it’s exciting.

Loren:                        I can’t, I can’t tell you yet. I mean, I think you, some things still look out for, yeah, I mean, every year we tried to expand and just approach things differently and push the envelope and provide a platform for groundbreaking work and creators are consistently stepping up to the plate to offer that. So, I’m as excited as the next person to see what we what we come up with in 2020. 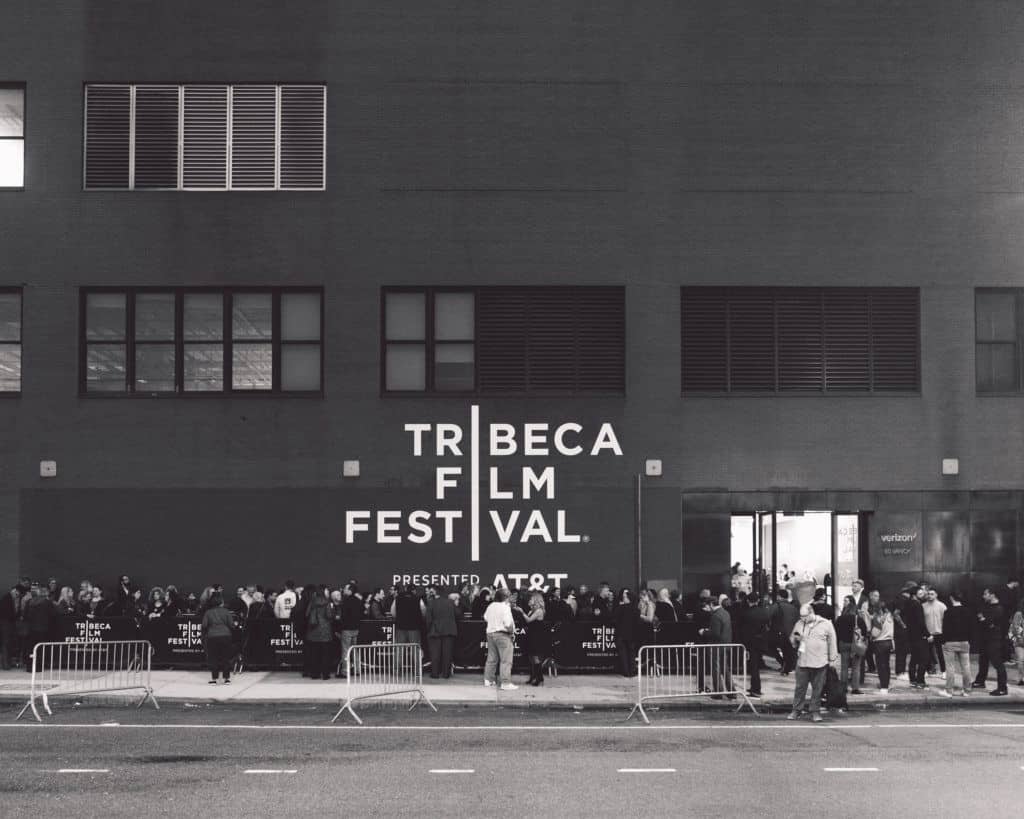