The Advanced Imaging Society was formed in 2009 by our industry’s creative stakeholders including The Walt Disney Studios Motion Pictures, DreamWorks Animation (DWA), Sony, Paramount, IMAX, Dolby, Panasonic, MasterImage and others to advance the creative arts and sciences of stereoscopic 3D. As new cutting edge technologies come to the forefront, the Society has been charged with “informing the content pipeline” of professionals on these emerging innovations.

With chapters in the U.S., China, Japan, the E.U., India and the U.K., the organization serves thousands of professional participants in over 20 countries active in improving the arts and technologies of advanced imaging. 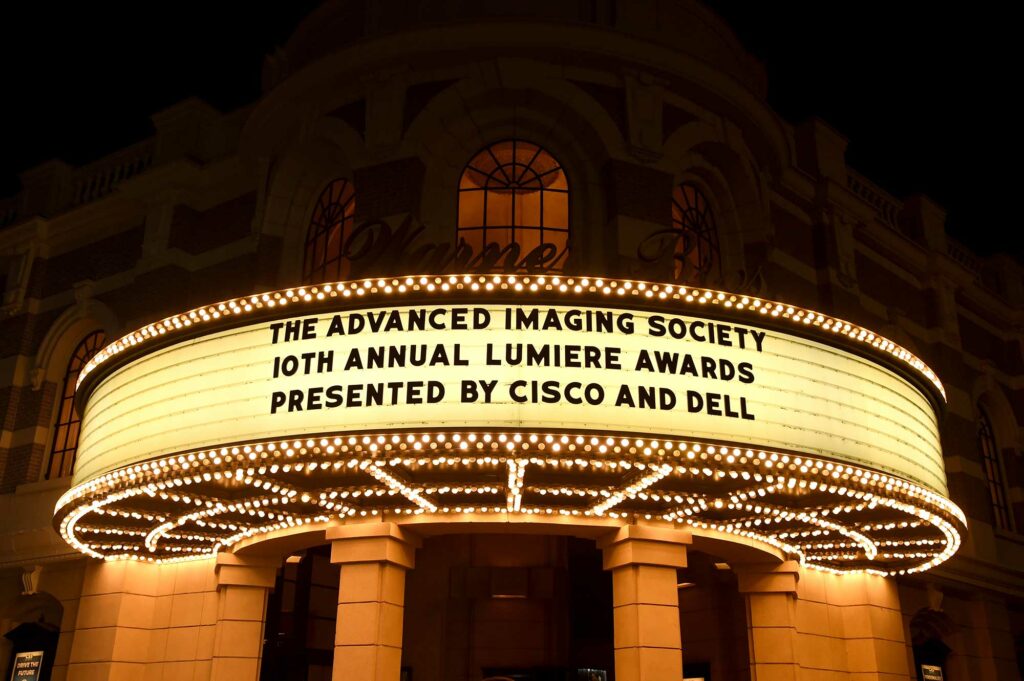 Award winners will be recognized at the 11th Annual Lumiere Awards celebration on January 22, 2020 at 7pm at the Steven J. Ross Theater on the Warner Bros. studio lot.

Want to be part of the Lumière Awards? Grab your tickets, visit the official website.
Tickets

About the AIS Lumiere Award Statuette

Made for the Society by the R.S. Owens Company of Chicago, (who also manufacture the Oscar for the Academy Awards), The Lumiere Statuette depicts the Roman goddess of dawn, Aurora, lifting her head to greet the morning light. She is made of bronze and covered with gold and is seen in the company of Oscars, Emmys, Golden Lions and BAFTA Awards in display cabinets around the world. These statuettes are presented as the pinnacle of entertainment arts and technologies by our chapters in China, Japan, and Europe.